77 years ago Dennis and Eileen Howell 'ran away' to get married here in Gretna Green. Dennis knew that there was a war on the horizon and that he would enlist. Both their parents were aware that they were in love but they did not approve of marriage since they were so young. Back in those days one person needed to stay in Gretna Green for the 21 day residency act and Eileen did this without suspicion from her parents by saying that she was visiting a friend on the coast... She had even left pre-written postcards with Dennis whom then played his part by cycling to the coast to post the postcards for 3 weekends in a row... Dennis then followed his wife-to-be once the 21 days had passed and they were married here on 17th June 1939.

Last week, Dennis and Eileen's grandson Simon and his fiancée Beccy did the same on the exact same date, along with their children (although they didn't have to stay for 21 days!).

They even recreated the iconic photo from all those years ago! 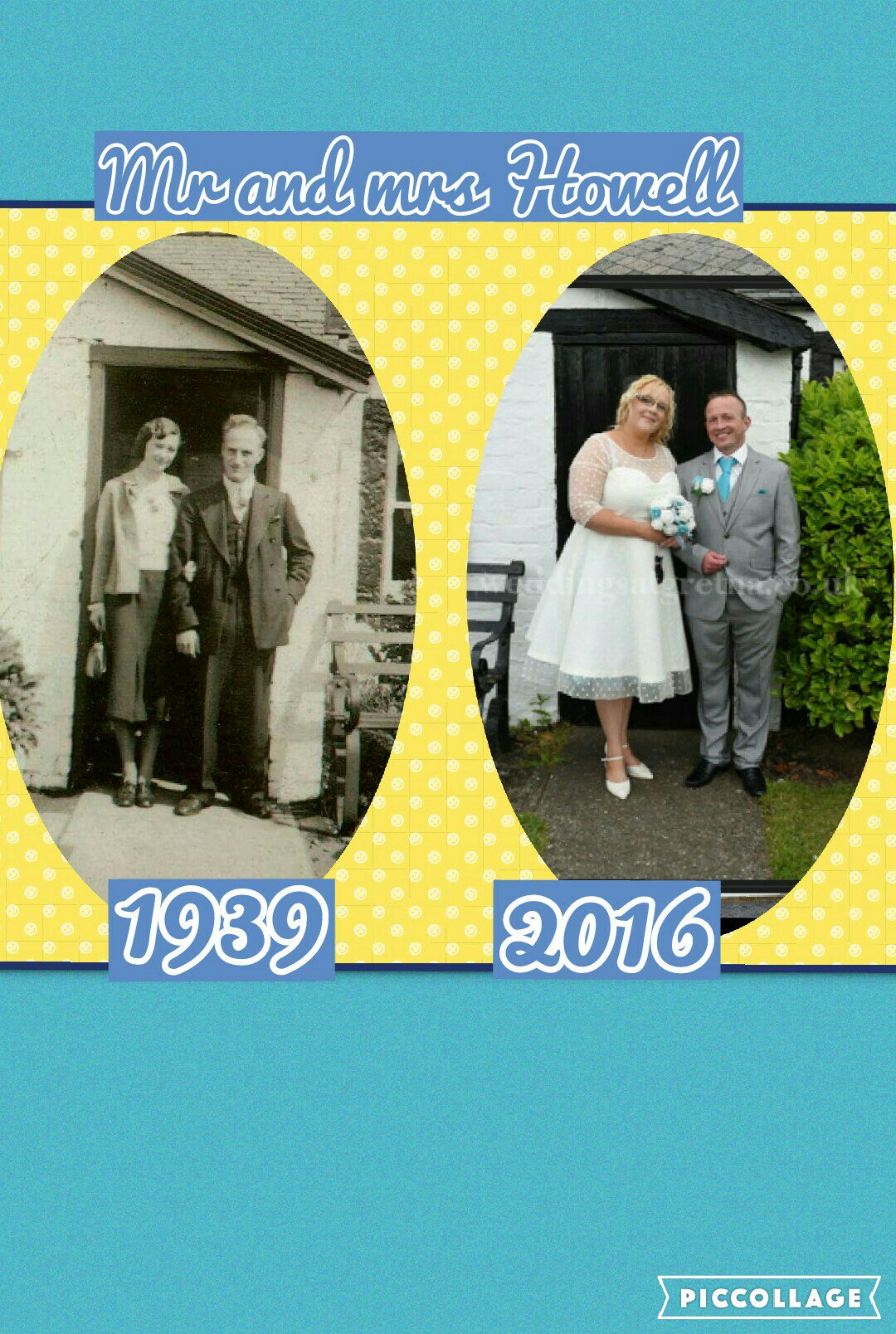