The story starts in the 12th Century

To understand the reason for Gretna Green's fame, the story should begin as early as the 12th Century. At that time getting married involved very little ceremony. A man would simply go to a woman's house, claim her as his own, take her home, and they were then husband and wife. 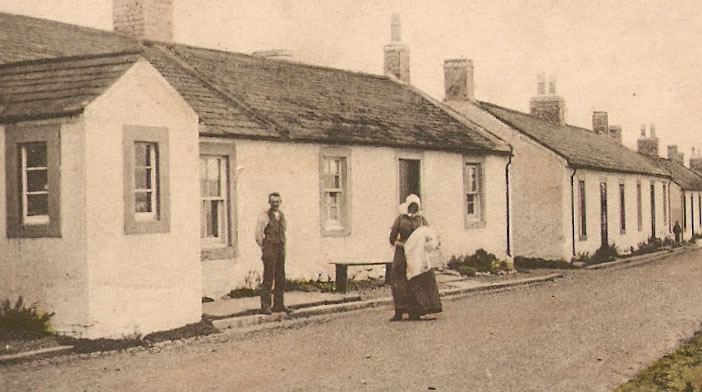 For centuries the Church tried to gain control of this "irregular" situation and gradually began the process of introducing ceremony to marriage. It was in 1563 that the Church eventually tried to inject a little religion and decorum into the marriage process by declaring that, to be legal, a marriage had to be undertaken by a priest and have the consent of the Church. However, the civil law still recognised its own, simpler, form of wedding. In a civil "marriage by declaration" or "handfasting" ceremony, by "fasting" or joining of hands before witnesses and declaring their wish to marry, a couple became man and wife. This type of ceremony remained quite independent of the Church.

A relaxed approach to marriage...

Laws and customs concerning marriage, either side of the border, have been many and varied; even to this day, you can marry in Scotland once you reach the age of 16 while in England you require parental consent until the age of 18. There have been many unusual marriage rituals in the border districts and the strangest of all was in Langholm, a border town a few miles northeast of Gretna Green. There on a piece of flat pasture where the waters of the Black and the White Esk rivers meet, a Handfasting Fair used to be held every August until the eighteenth century. As well as the usual buying and selling and all the robust gaiety of the fair, it was an opportunity for couples to enter a year's trial marriage!

On the greensward, beside the burbling stream, a lover and his lass could clasp hands and promise to remain faithful to each other for the coming twelve months. It was as simple as that and they were bound for one year only; when fair-time came again, the choice then had to be made definitely. If yes, they were declared husband and wife. If no, they went their separate ways.

Although in most cases some sort of certificate or 'marriage line' was given, there was no need for any written record to be kept and this haphazard state of affairs led to considerable legal difficulties.

Most of these unions were genuine love matches but the looseness of the system encouraged abuse by a growing proportion of fortune-hunters and bigamists, while the corrupt and greedy parsons could easily be bribed to forge documents, change dates or perjure themselves when cases came to law.

The aristocracy and gentry were particularly disturbed by this hopeless legal tangle because it often affected the inheritance of their property. They were especially worried by the ease with which penniless adventurers could entice and seduce their daughters and heiresses and irrevocably marry them, without parental knowledge or consent, at any place or at any hour of the day or night!

Fleet Prison brings civil marriage to an end in England...

The area around the Fleet Prison in London became a hotbed of "quickie" marriages, where unscrupulous parsons, imprisoned for their debts, set up shop and undertook marriages for anyone who was willing to pay! Since the parsons were beyond any further punishment that the Church might bring against them, they would marry anyone prepared to pay them for doing so. The marriages took place first in the prison Chapel and later in one of the sixty "Fleet marriage rooms" which soon sprung up around it.

Competition for business was fierce and touts would often spring out and accost couples in the street asking, "Do you wish to be married? Just step inside and I'll do the job for you." Instant marriages were conducted at any time of the day or night and the result was that, though most marriages were undoubtedly genuine, some were acts of drunkenness, seduction and bigamy. Marriage certificates were frequently backdated in order to please parents or legitimise children and there are records of parsons knowingly re-marrying the same man as often as four times under as many different names.

Such debauchery outraged England's Establishment, and they fought to outlaw "Fleet weddings", as they became known. 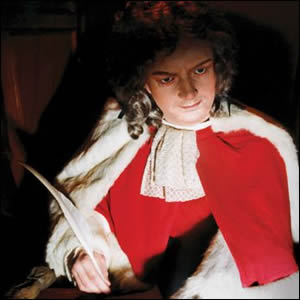 Lord Hardwicke's Marriage Act tightened England's marriage laws and put an end to Fleet weddings. From then on, all English weddings had to take place in a church, and if a couple was under 21, they could not marry without parental consent. But in Scotland, this law did not apply. In Scotland, anyone could still marry in a handfasting ceremony which was recognised by Scottish Law.

So what could a young couple do if they were under 21 and in love? Why flee to Scotland and to Gretna Green of course!